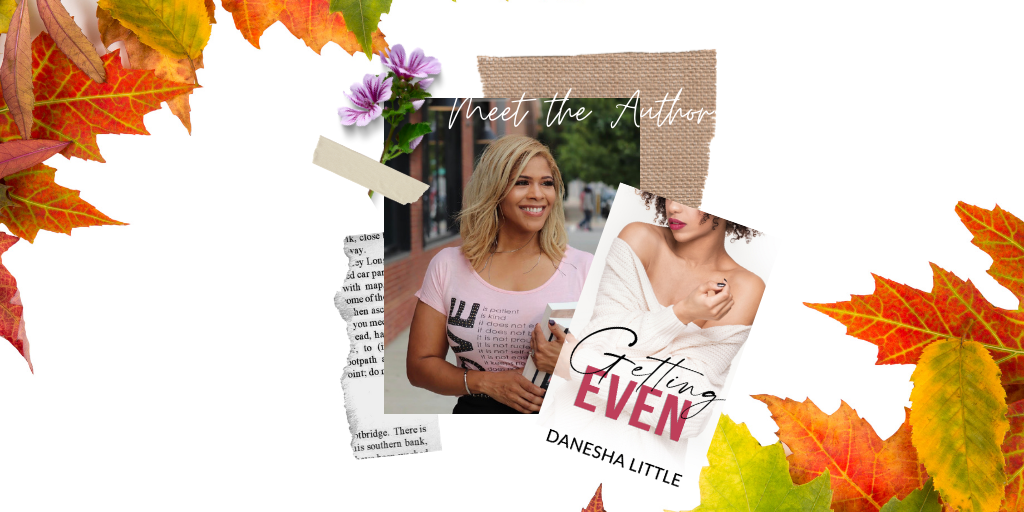 Danesha Little, who also writes as D.S. Little is an Air Force Veteran who loves to write about the power of healing, compassion, and love. In 2018, she won a “Heartbreaker Watty Award” for the “mastery of tugging on heartstrings.” When not writing, you will find her lost in a book, watching basketball, or spending time with her family. Danesha  joined The Author Encounter in August and also released her latest book “Getting Even” which she talks about in this interview. Continue reading to find out more about Danesha, a rising star in the writing community.

Tell us about your author names Danesha Little and D.S. Little. Is there a reason for two names like publishing in different genres?

I originally wanted to go by D.S. Little. I wrote articles for other websites in that name because I felt as if the article would be taken seriously. When I’m writing sports, if a male reader sees “D.S. Little” they will read my article with an open mind. I started using my name Danesha Little while writing romance to decipher from that style of writing. I didn’t want there to be any confusion. 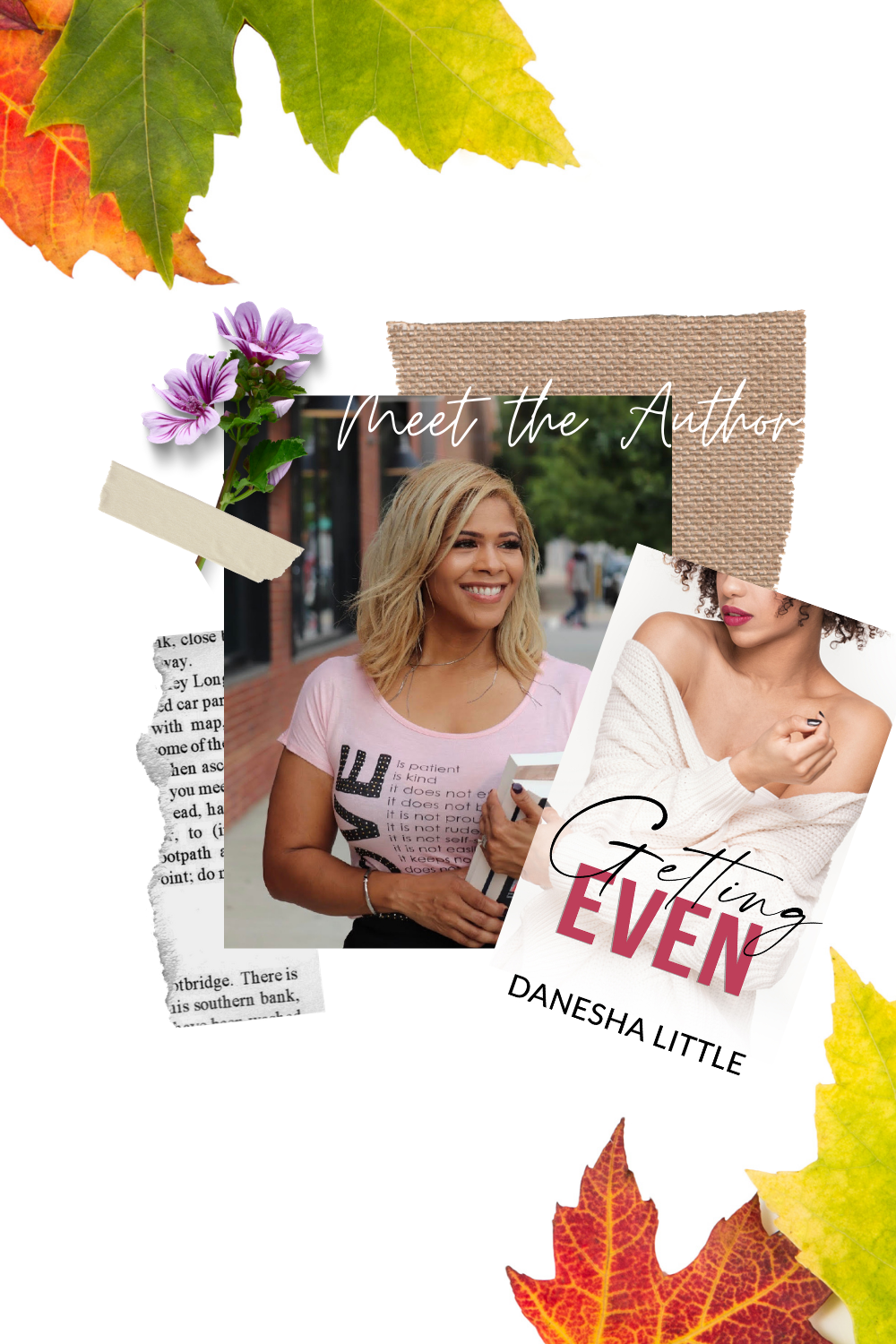 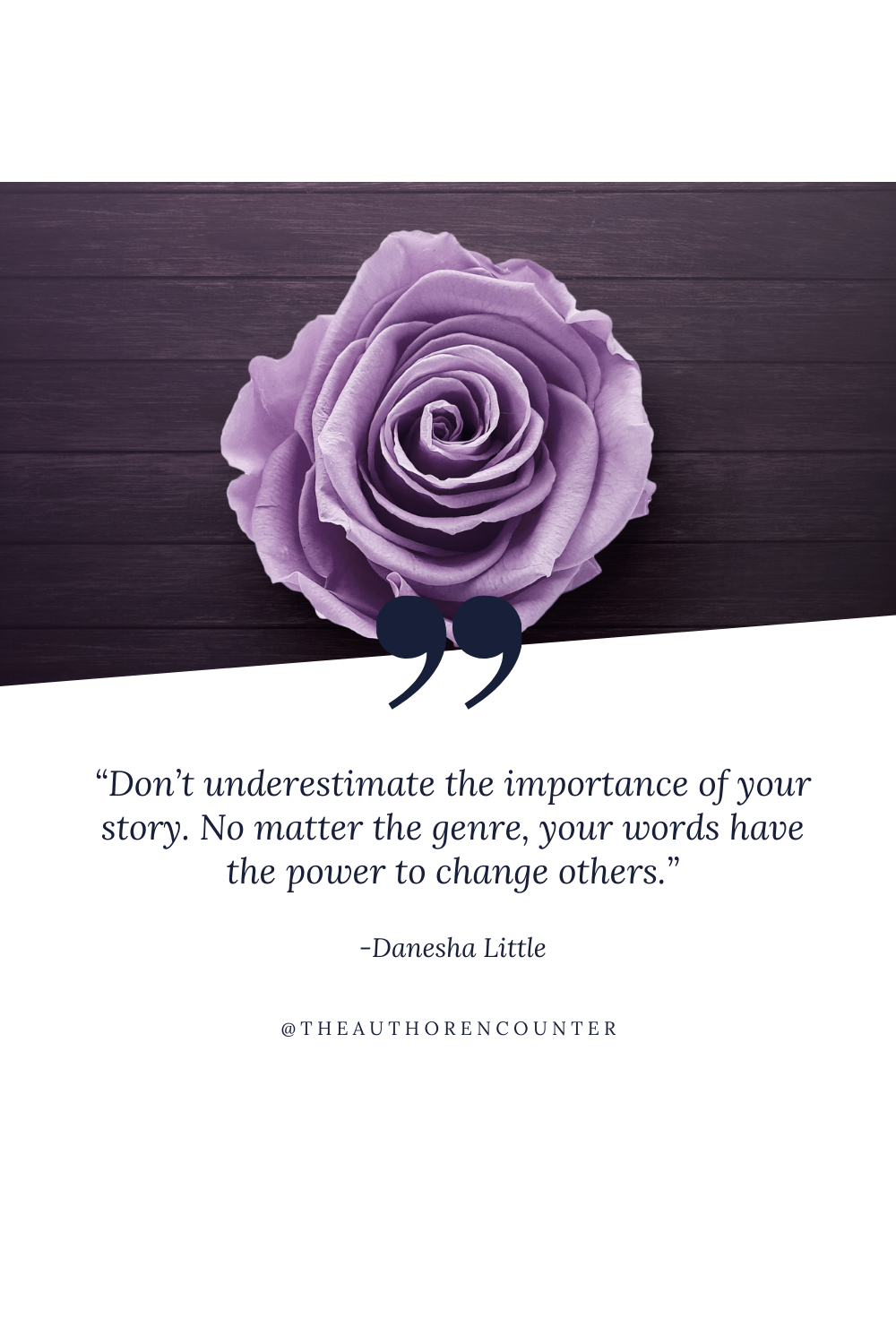 What made you decide to start writing on Wattpad?

When I stumbled on to Wattpad, I was a reader enjoying stories. But I had these stories inside of me that needed to come out, and I felt like this was the safest way to see if my work was any good- having strangers read my work. So, I took a chance and started writing my stories and my audience found me.

Are you still active on that platform?

I’m still active only to respond to messages from my readers there. I haven’t uploaded any new stories on the platform since last year. In September 2018, I had a writer who goes by the name CHAE steal one of my stories from the platform. He changed the names of my characters but kept my entire story and published it under a publisher. I filed a report, and his publisher pulled the book and let him go, and they removed everything on every platform. But that situation made me nervous about putting any more work on Wattpad.

At the same time, I don’t want to delete my account because I love my Wattpad reader friends. They are the ones who shaped me and helped me to become a better, more disciplined writer. Getting real-time feedback from readers helped me to analyze characters more thoroughly, and it taught me about pacing. I could see what didn’t work and what was too slow. Seeing their reactions to chapters as they were published is something I will forever miss about writing on Wattpad.

Tell us about writing for www.sistabrutha.com and www.nutsandboltssports.com? Is it fun?

I love basketball! I am a huge Chicago Bulls fan. I used to interact with the CEO of Nuts and Bolts Sports on social media about games, and he saw that I was a writer and asked me if I would like to write articles for his platform. And then, with the SistaBrutha website, I wrote a few articles about Black Excellence for them. I should be writing more for each, but there just aren’t enough hours in the day. Writing for both is fun, but it’s also stressful because I don’t have a background in journalism, which makes me very conscious of the wording that I use. I overthink when writing sometimes and while writing an opinion piece is not as easy as when I’m writing for my romance readers.

Do you ever use your military experience for your storytelling?

I haven’t written a military story, even though I do have an idea for a story around a group of military spouses that I hope to write next year. I have added elements of my military experiences; I name some of the bases and I’ve given secondary characters a military job but I haven’t explored it beyond that.

What inspires you when you create a story?

Everything. I could be watching a movie, reading an article, staring at a photo, listening to an interview, touring a museum, at a concert, or jogging and something just clicks in my mind. It’s weird, I can see the story running in my head and I always have to hurry and write the idea down as I see it because I’ve learned if I don’t I’ll lose it and I can never retrieve it in the same way. Whatever gave me the initial idea, I will use that as I’m writing the story. (If it came from a song, I’ll listen to that song at least a thousand times).

Tell us about your latest release.

Getting Even is my newest release, and it was actually a story I started on Wattpad while participating in a story prompt exercise. My readers kept wanting more, so it turned into an entire story.

The story begins with Joy Richards in the middle of cheating on her husband, Rashad Richards, with a male stripper, Philip “Ian” Nichols. Her husband cheated on her and she stumbled on the video of that infidelity and sleeping with Philip is her way to get over it. She doesn’t want to break up her family, she feels if she can get even that she will be able to return to her husband and forgive him. Unfortunately, that’s not the case and things become even more entangled as Philip becomes a presence in her life past that night.

What’s next for you in your author journey?

I’m working on a romance story now that touches on some of the current issues in our country through the eyes of an ambitious writer. I hope to have that book out in October. And then a book I’ve been wanting to release for two years, called “Kiss My Scars” is my first attempt at YA and it touches on some very heavy issues. I hope to release that in December.