Behind The Page Interview with Meg LeFauve 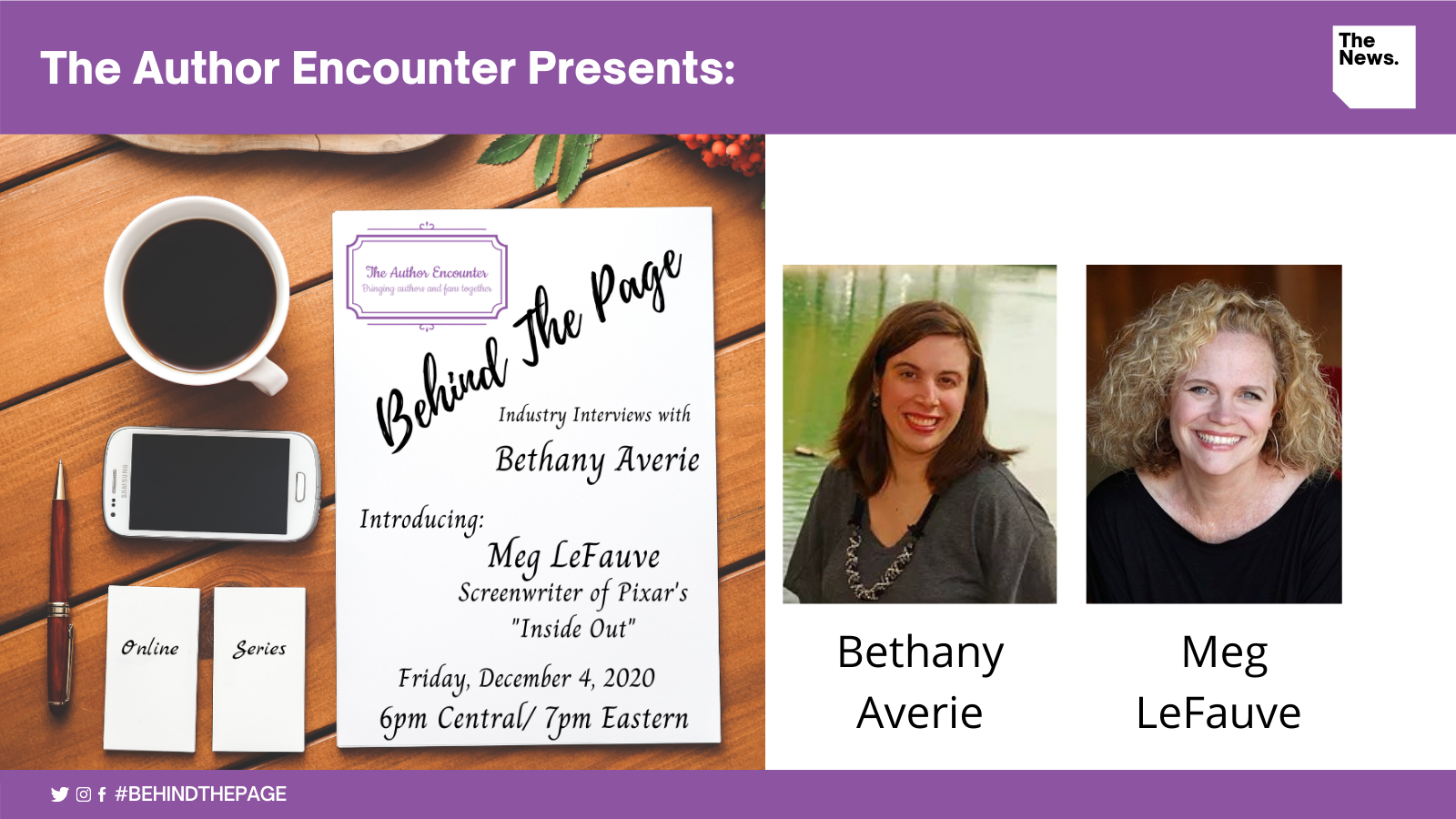 The Author Encounter is proud to present “Behind the Page” an interview with Meg LeFauve.

Meg LeFauve, an American screenwriter, podcaster and film producer. Nominated for a Best Screenplay Oscar for the Pixar blockbuster INSIDE OUT, LeFauve won an Annie Award for that screenplay.  She also wrote Pixar’s Golden Globe nominated THE GOOD DINOSAUR.  LeFauve is currently writing a series for the new Peacock Channel as well as the animated film MY FATHER’S DRAGON for Netflix and Cartoon Saloon.  She also wrote on Marvel’s box office hit, CAPTAIN MARVEL.

Meg co-hosts her podcast The Screenwriting Life with Lorien Mckenna it a weekly podcast dedicated to exploring not only the craft and business of screenwriting, but the life:  the ups and downs of the creative path, and how to use the artistic journey to generate your best work.  Amidst the crowded space of male-hosted craft podcasts about writing, this podcast is a beacon that invites you to embrace the beautiful challenge of The Screenwriting Life —or any artistic pursuit – to find community to support you and the assurance that you are not alone.

LeFauve began her film career as a producer and President of Egg Pictures, Jodie Foster’s film company. During that time, She produced films which were nominated for an Emmy, a Golden Globe, and she was awarded a Peabody for the Showtime film, “The Baby Dance.”  she also produced “The Dangerous Lives of Altar Boys” which won the 2003 IFP Spirit Award for Best First Feature. 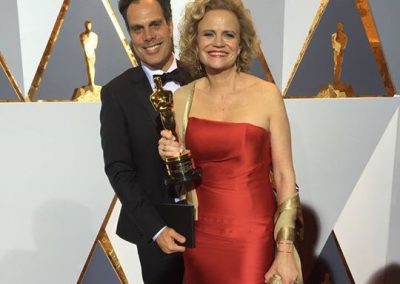 Meg LeFauve at the Oscars

Picture of screenwriter Meg LeFauve at the Oscars with husband 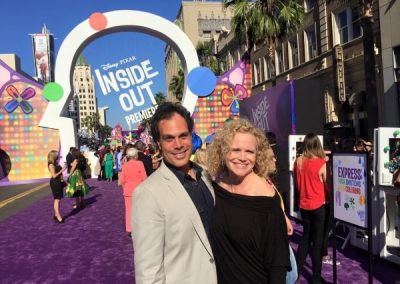 Meg LeFauve in front of Inside Out 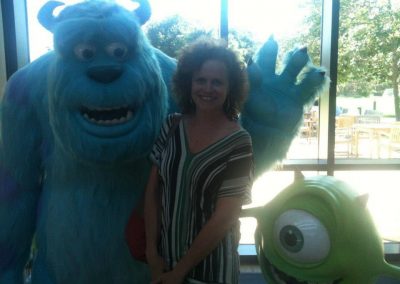 LeFauve has been a consultant to Screen New South Wales and Screen Australia and has been a mentor at many writing labs, including Aurora Workshop, Cinestory Script Sessions, the Meryl Streep Lab and the Sundance Creative Producer Lab.  She taught at AFI and served as co-chair of the Graduate Producers Program at UCLA’s School of Film and Television, where she taught master level story and development classes for over seven years.

Raised in Warren, Ohio, Meg graduated from the Syracuse University Newhouse School and currently lives in Studio City, California with her husband and two sons.

She will be interviewed by Bethany Averie, YA Author and Host of Behind the Page a web series brought to you by The Author Encounter December 4, 2020 at 6 pm central time.Space is limited so registration is a must for anyone interested in attending the interview session. Replay will be available for members. 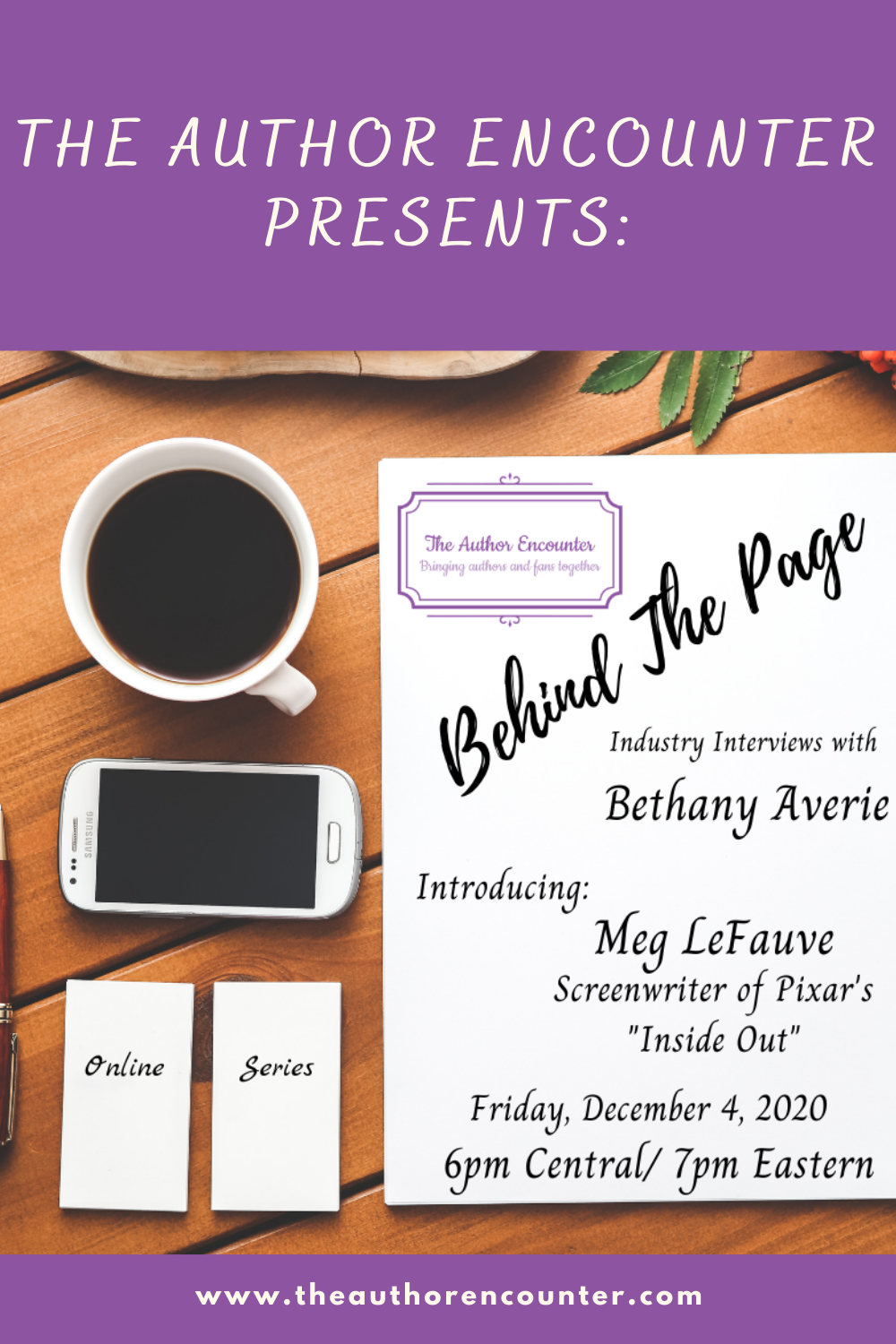